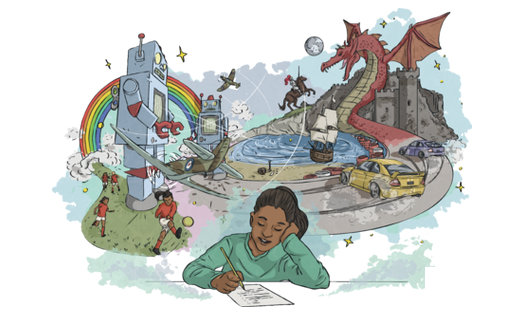 Should fast food be banned?

The issue being discussed is whether fast food should be banned from restaurants such as McDonald’s and KFC. Many people consider fast food to be a quick and delicious meal, while others see it as an unhealthy, lazy cheat.

Those who support the selling of fast food do so because they believe it sometimes makes finding and eating a meal easier. For example, a hard-working, busy parent may buy their child a McDonald’s on the way to their swimming lesson to make sure a sufficient meal is eaten by their child. In today’s society, we are busier than ever and fast food does what it says on the tin - the food is cooked and served quickly.

A further point they make is that fast food is not that unhealthy. This view is supported by many local sportspeople, who state that eating fast food once in a while would be fine as long as people also exercise regularly. Daily exercise - which includes: walking, running, dancing or playing sports - can help negate the health issues associated with too much food being eaten.

However, there are numerous people who completely oppose the selling of fast food. Doctors explain that eating too much food with a high saturated fat content has been proven to have adverse effects on the following: blood pressure, weight, skin, complexion and mood. One might question whether, with all these negative health impacts, it is worth eating a burger and chips.

Furthermore, a minority of children become ‘addicted’ to the artificial taste of fried fast food; a few have even been known to refuse to eat anything else. Dieticians claim that a varied and balanced diet is essential for children to grow into strong, healthy individuals.

Having considered both sides of the arguments, I believe a restriction on fast food isn’t the solution because people should have the right to make up their own minds. A proposed alternative would be for fast food restaurants to also provide more healthy alternatives for each of their meals.

A short while later, Tom and I, who were feeling ashamed, were stood at my front door. The sun still hid behind the cloud as if it were anticipating the reaction we were about to get.  Mum was stood there too (arms folded). I knew we were in trouble; her condemning look said it all.

It all began earlier that morning, Tom and I eagerly made our way down to the peaceful canal. We could still hear mum saying, “Don’t go near that canal because you might fall in,” We weren’t babies anymore! The sun caressed our backs and we could hear the blackbirds calling to each other as we walked through the long grass. Tom said it was safe; should I have known better?

After ten minutes, we reached the canal. The grey clouds swallowed the sun and we felt a cold breeze. The surface of the canal was covered with green weed; the water was stagnant and black. Seconds later, Tom grabbed my arm and yanked me forward. The ancient, towering oak tree was a decrepit statue, reaching out over the canal.   Dangling down (and enticing Tom), I could see an old rope swing.

At the water’s edge, Tom grinned at me. Taking a run up, he leapt daringly over the water. As he grasped the fragile rope, he swung back and forth. Then, he landed on the bank with a heavy thud. Delighted, he grabbed the rope for a second go. He’d meant to swing right the way across yet misfortune took over. The rope snapped, sending Tom plunging into the water.

At first I laughed but then I remembered; Tom couldn’t swim! What was I going to do? Shocked, I leapt in. I could see nothing; a curtain of darkness and weed obscured my view. But then I saw it! Something red emerging from the murky water: Tom’s hoodie!  Frantically, I grabbed it and dragged him to the side. “Thank you. I’d hate to think what would’ve happened if you weren’t here,” Tom trembled.

I am writing to express my utter respect and gratitude for what a remarkable and extradordinary man Isambard Kingdom Brunel is. Through all of his hard work and dedication, he has managed to shape our lives and future generations for years to come. Therefore, there are a number of reasons why I strongly suggest that Isambard Kingdom Brunel should be knighted.

To start with, Isambard Kingdom Brunel designed the fantastic SS Great Britain. She was the first propeller driven ship and is unique in terms of its construction and size. Despite lots of criticism, Brunel showed resilience in its intention and ignored many sceptics who believed that a metal ship on such a scale would not be able to float. Consequently, the huge impact SS Great Britain will have on future designs is surely worth recognising?

In addition, the Clifton Suspension Bridge, which is in Bristol, is going to be a big turning point in the history of recognisable constructions. Brunel has many plans for the bridge which will be open 24 hours a day, seven days a week, 365 days of the year for horse and carriages: this is going to be a toll bridge (meaning horse and carriages have to pay to cross). This means that the money collected will go towards maintaining the structure of the bridge in years to come. He also plans to include a one-way system for pedestrians to travel across Bristol easily. This is an ingenious invention that has never been thought of before!

Furthermore, in 1833, Isambard Kingdom Brunel was appointed chief engineer for the new Great Western Railway. He was given the task of building a railway between Bristol and London. This will be used for many reasons: travelling; which people haven’t had the chance to do so easily before, cargo; for transporting goods more quickly and efficiently and for train watchers; to enjoy. Could you imagine the impact this will have on you and your parliament in years to come? This effort must not go unnoticed. It would be a shame, a shame not to give him the recognition he deserves.

I strongly suggest that you consider the points outlined above. Surely you agree that leaving the magnificent Isambard Kingdom Brunel without the acknowledgment he deserves is simply not an option? You must act now!

Long ago in the land of Dane there was a frightful, grotesque monster, Grendel. Even his name was enough to terrify. Drool dripped from his festering mouth and as he stomped through the forest irately, the ground shook like an earthquake. King Hrothgar, who was crowned King of Dane, celebrated every night with his men in a great hall on the edge of the swamp. Grendel heard their festivities from the depths of his lair. He smelt the roasted ox and he felt the hunger scratch at his belly like a rat in a trap. “Another celebration and I’m still not included,” he reflected.

While the King and his men were sleeping, the ravenous Grendel stalked across the swamps and up to the great oak door. He tore the front door down with his blistered hands and charged into the grand hall. Bellicosely, he searched the room, his bloodshot eyes twitching, for any food the King and his men may have left behind. Exhausted with the constant chaos caused by Grendel, the King had no choice but to seek help.

Courageously, the great hero Beowulf arrived. As his ship carved through the waves, the wind ruffled his raven-black hair. His bright blue eyes sparkled in the sunlight. Boasting, Beowulf shouted to the King, “I will slay this monster of yours!” So that night the King and his men returned to the great hall. Eventually, they fell asleep and Beowulf waited patiently in a corner of the hall with his sword. Slipping silently through the marshes, Grendel arrived. He sliced a sleeping soldier in half and crunched on his bones. Grendel reached out for Beowulf and snatched his sword!

Enraged, determined, incensed, Beowulf seized Grendel’s arm and clung on, digging deep into his flesh. Howling, Grendel swung around; it was no good. Beowulf’s grip was tight, tighter than steel! Grendel could not escape Beowulf’s grasp and with one last terrible pull, Grendel’s arm tore away from his shoulder. Shrieking with pain, Grendel staggered back towards the swamp to bathe his bleeding shoulder: and to die.

Chortling, the King and his men cheered and chanted Beowulf’s name: “BEOWULF! BEOWULF!” The next night, the King invited Beowulf to the great hall to celebrate. Beowulf told great stories of all his adventures and joined in with all the joyful songs. “I’m not a hero, I’m just like you. Good will always prevail!”

Unfortunately not the ones with chocolate chips.

Some cookies are necessary in order to make this website function correctly. These are set by default and whilst you can block or delete them by changing your browser settings, some functionality such as being able to log in to the website will not work if you do this. The necessary cookies set on this website are as follows:

Cookies that are not necessary to make the website work, but which enable additional functionality, can also be set. By default these cookies are disabled, but you can choose to enable them below: